Welcome to the IDT family!

Your product is now available from Integrated DNA Technologies.

Many of the Swift products you have grown to love are now part of our new complete portfolio, xGen™ NGS. Through this new partnership we are pleased to offer you comprehensive next generation sequencing solutions.

Unsure of what products are available? Or, perhaps you’d like guidance on which products are compatible? If so, try our xGen NGS Solutions Builder Tool today.

Antisense oligonucleotides (ASOs) are short oligonucleotides that localize to the nucleus and provide a pathway for gene silencing by the RNase H pathway. They are usually single stranded nucleic acids designed to be complementary to a target messenger RNA (mRNA). Phosphorothioate (PS) linkages are available to confer nuclease resistance and, therefore, enhance intracellular stability.

Delivered in tubes, dry or resuspended to your specifications.

Antisense oligonucleotides (ASOs) are DNA oligos, typically 15–25 bases long, designed in antisense orientation to the RNA of interest. Hybridization of the ASO to the target RNA mediates RNase H cleavage of the RNA, which can inhibit the function of non-coding RNAs (e.g., miRNAs, siRNAs, piRNAs, snoRNAs, snRNAs, exRNAs, scaRNAs and lncRNAs) or prevent protein translation of mRNAs. To increase nuclease resistance, we recommend adding phosphorothioate (PS) modifications to the oligo. In the IDT ordering system, use an asterisk to indicate the position of a phosphorothioate internucleoside linkage. Consider adding modified bases, such as 2′-O-methoxy-ethyl (2′-MOE) or Affinity Plus locked nucleic acid bases, in chimeric antisense designs to increase nuclease stability and affinity (Tm) of the antisense oligo to the target mRNA [1]. Substitution of 5-methyl dC for dC in CpG motifs will slightly increase the Tm of the antisense oligo.

If you require oligos for use in molecular diagnostic applications, or if you are interested in our OEM services, click here.

Antisense oligonucleotides (ASOs) are used to inhibit gene expression levels both in vitro and in vivo. Recent improvements in design and chemistry of antisense compounds have enabled this technology to become a routine tool in basic research, genomics, target validation, and drug discovery to confirm phenotypes seen with RNAi by gene silencing ASOs. A nucleic acid sequence—made as a synthetic oligonucleotide (usually 15–25 bases long) containing a phosphorothioate-modified DNA segment of at least 6 bases—is designed in antisense orientation to the RNA of interest. The sequence is then introduced into the cell or organism. The ASO will bind the target RNA and form an RNA/DNA heteroduplex, which is a substrate for endogenous cellular RNase H (Figure 1) [2,3]. The resulting decrease in RNA levels can be measured using RT-qPCR or RNA-seq. 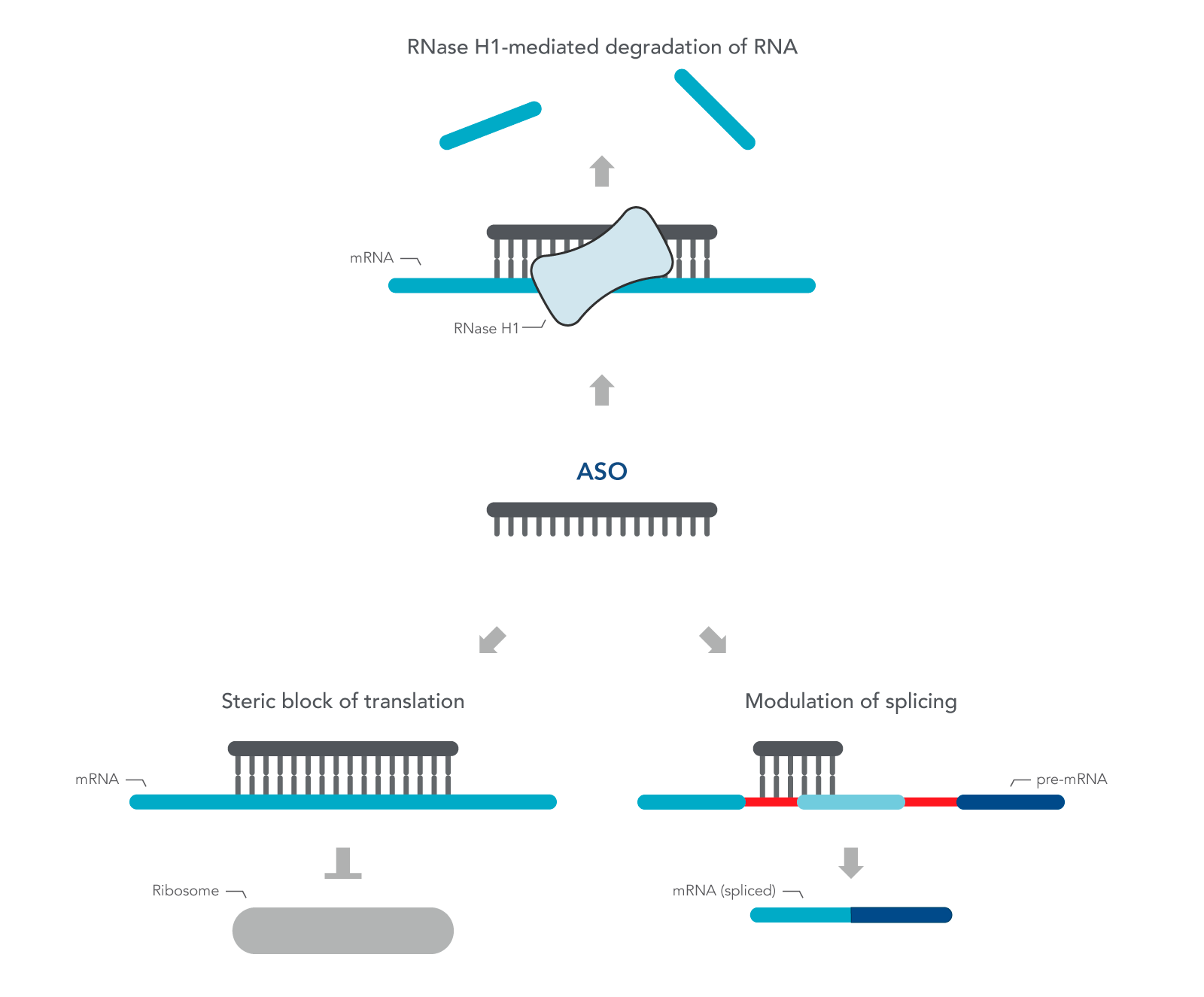 Figure 1. Antisense oligo–mediated cleavage of the target by RNase H.

While unmodified oligodeoxynucleotides can display some antisense activity, they are subject to rapid degradation by endo- and exo-nucleases. Many 2′-O-modified RNA (such as 2′OMe RNAs and Affinity Plus locked nucleic acid bases) are sensitive to exonuclease degradation, as well. The simplest and most widely used nuclease-resistant chemistry available for antisense applications is the phosphorothioate (PS) modification. In phosphorothioates, a sulfur atom replaces a non-bridging oxygen in the oligo phosphate backbone. In the IDT ordering system, an asterisk indicates the presence of a phosphorothioate internucleoside linkage. PS oligos can show greater non-specific protein binding than unmodified phosphodiester (PO) oligos, which can cause toxicity or other artifacts when present at high concentrations.

We recommend phosphorothioate modification of ASO sequences to provide stability. Phosphorothioate linkages also promote binding to serum proteins, which increases the bioavailability of the ASO while facilitating productive cellular uptake. 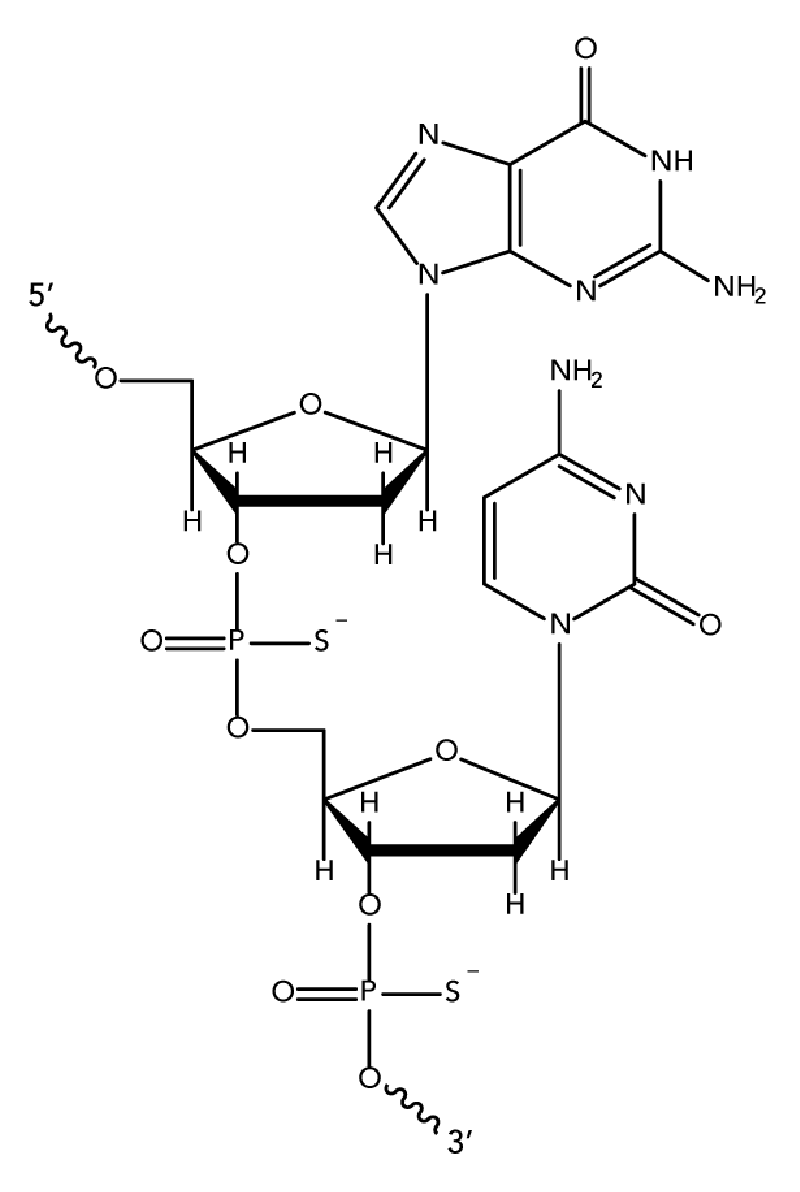 It can be beneficial to substitute 5-methyl-dC for dC in the context of CpG motifs. Substitution of 5-methyl dC for dC will slightly increase the Tm of the antisense oligo. Use of 5-methyl dC in CpG motifs can also reduce the chance of adverse immune response to Toll-like receptor 9 (TLR9) in vivo. We recommend standard desalt purification for most antisense applications. For use in live animals, higher purity oligos may be required. In these instances, HPLC purification combined with Na+ salt exchange followed by end-user ethanol precipitation of the antisense oligo is recommended to mitigate toxicity from residual chemicals that may carry over during synthesis.

Which is the best way to deliver oligos into cells in culture?

There are several different ways to introduce oligos into cells, including use of liposomes, attaching the oligo to a peptide, and electroporation. The best method depends on the type of cells and types of modifications on the oligo. Contact our Customer Care Department at 1-800-328-2661 or custcare@idtdna.com to discuss your specific situation.

What types of modifications are routinely used in antisense experiments?

5-Me dC and 2' O-Me RNA bases and C5-propyne pyrimidine modifications are sometimes added to increase nuclease resistance and binding affinity of antisense oligos, but these modifications are not critical. You can start your experiments without them and add them to subsequent oligos if you require increased stability. Antisense oligos are generally 18–24 bases in length. The concentrations used will need to be determined on a case-by-case basis as they vary across organisms. Usually using 2µM (10 µg/mL) antisense oligo is a good starting point. For more information on antisense oligo design and usage, see the technical report, Introducing antisense oligonucleotides into cells.

How do I order a phosphorothioate modified oligo?

IDT uses a simple notation for phosphorothioate bonds (PS bonds). Insert an asterisk (*) between the bases within your sequence to denote a phosphorothioate chemical modification. The following example has a PS bond between the T and G bases: 5'- TTTTTT*GGGGGG -3'. PS bonds introduced between the last nucleotides at the 5'- or 3'-end of the oligo inhibit exonuclease degradation. Order PS-modified oligos at: www.idtdna.com/site/Order/Menu/Sub?type=dna.

How do I order 2' O Methyl modified bases on the website?

If the sequence contains unmodified RNA bases the sequence would need to be ordered as a "Custom RNA Oligo" using the same notation for 2' O Methyl bases.

How can I use FAM™ to visualize the uptake of my oligo into a cell, and can it be added to phosphorothioate-modified bases?

Attaching a fluorescent label to monitor cellular update of oligos is very common. It does not matter whether FAM is attached 5', 3', or internally.

Generally modifications are added to the 5' end as synthesis is easier, and therefore often cheaper. FAM can be added to phosphorothioate modified bases.

Can a phosphorothioated oligo for antisense studies be used in medium containing serum, and what will be its half-life?

Exonuclease inactivation can be accomplished by heating at 65°C (instead of 56°C) for 30 minutes. The half-life of such an antisense oligo will be dependent on the target transcript, the cell type, and the antisense construct, resulting in no set average for this number.

*RUO—For research use only. Not for use in diagnostic procedures. Unless otherwise agreed to in writing, IDT does not intend for these products to be used in clinical applications and does not warrant their fitness or suitability for any clinical diagnostic use. Purchaser is solely responsible for all decisions regarding the use of these products and any associated regulatory or legal obligations.